Some salespeople understand the value of video messaging intuitively. They see the writing on the digital wall, see how prospects grow harder to reach by the week and video adoption is a way to break through the attention barrier.

More than likely, some reps on your team may already be using it. Ask around.

But others may see it as an interruption because salespeople are creatures of habit. They see anything that challenges the process that’s already working as an unwelcome interruption, even when it’s good for them.

These are the salespeople who need convincing because sales teams get the best value out of video when it’s driven by a proper rollout strategy.

Why Your Sales Team Should Adopt Video

There are two things faster than sound: Supersonic jets and sales team gossip. Great sales teams are constantly chattering and sharing like bees building a honeycomb of deals.

Chatter makes everyone better. Soundbites improve with use, and tips solidify into tribal wisdom. A blunt email that earned a positive response becomes even more poignant as others use, iterate, and improve it.

But the opposite is true, too.

Salespeople are creatures of habit—they send messages, book meetings, and repeat. To introduce something new, you have to disrupt that. The rollout can’t just be, ‘Hey here’s a video tool that gets better response rates.’ You have to spell it out in a plan with goals and show them precisely how to work it into their process.

Tactics that don’t go viral within the sales culture underperform.

When nobody is having much luck with emails, the team’s email acumen deteriorates, even if it’s based on user error. If a few people get cold feet about cold-calling, half the team comes down with the rejection flu and avoids the phones.

This can happen with video adoption too. Even when it’s proven to earn 3x higher response rates than email alone and cut deal cycles in half, a few detractors can dampen everyone else’s results.

To get your entire sales organization to understand video’s utility and adopt it in a fashion that quickly impacts sales pipeline, you need to sell your team on the idea.

The truth is, that both can work.

Any sales manager who’s ever handed a bluebird deal to one rep and gotten an earful from the rest of the team knows that everyone resents being denied an advantage. If they’re told they can’t have it, they’ll demand it.

One Vidyard customer picked two of their lower-performing sales reps and asked them to use video for several weeks. They provided training, templates, examples, and coaching. These two reps improved so much that the company’s top-performing reps begged leadership to let them use video too.

Other times, leadership can enforce a video culture top-down.

Leaders purchase a video platform, create a series of gold-standard example videos, and require the entire team to get certified on using video before they’re allowed to go live. In this scenario, sales spiffs for using videos, competitions for top videos, or making video certification a prerequisite for promotion can drive adoption.

It’s extremely hard to get a sales team to change their behavior. There’s a tried and true method of hitting your quota every month. So in order to win the hearts and minds of the sales team, we had to come with both anecdotal and data-backed suggestions that this actually worked. 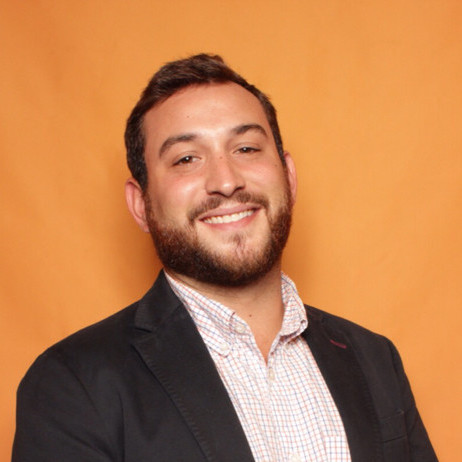 If you find yourself in the position of having to convince management or senior leadership to adopt video for sales, the best move is to get meta: Send them videos about video. Do it once a week, as long as it’s in good humor and you won’t upset them.

When they ask a question over email, send a video response to demonstrate how much time you can save them over reading a written response.

You can also let the numbers do the talking. As mentioned above, sales emails that contain videos earn 3x higher response rates.

Learn from the Pros

These sales leaders from PatientPop and LinkedIn share what they’ve learned while coaching their teams to adopt video messaging throughout their sales processes. Learn how they’ve gotten reluctant reps on board, where they’ve seen the greatest impact across their teams, and how they’ve maximized ROI on video messaging and Vidyard. The Benefits of Adopting Video in Sales

There are plenty of reasons why your team should give video a try.

That’s probably why HubSpot has called video prospecting one of the 10 skills every sales development rep needs to master (though SDRs certainly aren’t the only ones who benefit from using video in sales).

Video works and these companies can prove it.

Also, educate your company on your rollout plan. Demonstrate how rather than leave video’s success up to chance, you’re arming your sales teams with the tools to do better deals faster.

Explain the certification process, how you’ll benchmark and measure success, and the importance of having everyone contributing and learning at the same time.

For the salespeople who don’t intrinsically believe in video, time eventually changes their minds. But if you don’t have time to spare and can’t let early errors turn into program-killing gossip, launch a campaign to spread video use bottom-up or top-down to get even the most reluctant salespeople selling better.

6 Practical Steps for Using Instagram to Promote Your Coaching Business